1990: The Kerr County YMCA Extension was chartered as a branch of the YMCA of San Antonio.  The Founders Commitee was led by Dr. Rand Zuber 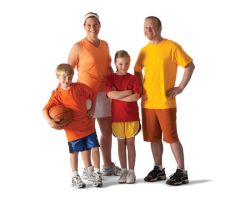 2007: Separated from the San Antonio Association and became an independently charted YMCA in order to truly serve our community and address the needs and concerns of the families our program impact.

2009: Moved to our new offices on Hal Peterson Middle School Campus to provide programming for 7th and 8th graders.  Funding for the renovation was made possible by the Hill County Charity Ball Association, Inc. with proceeds of $83,500 raised at the 2008 Ball.

THE FUTURE: All things are possible!

Register for a Sport